This May HÅG teamed up with London-based experience design collective Hack the Senses to showcase multi-sensory installations during Clerkenwell Design Week. HÅG’s beautifully streamlined aesthetics worked so well with the installations that the partnership extended to two further events this September, the V&A Digital Design Weekend and the New Scientist Live expo. 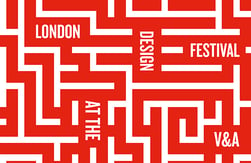 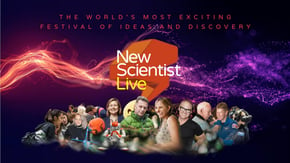 The Digital Design Weekend hosts pop-up installations, talks and workshops around digital art and design. This year it took place in the Victoria and Albert Museum’s recently opened Sackler Centre for arts and education. The New Scientist Live expo is an annual, 4-day celebration of cutting edge science showcasing the most exciting developments. Hack the Senses brought 3 installations to these events.

'Is Lavender Blue? A Chromatic Scentscape' is built around the idea that cultures throughout history have used colours to express emotions, power relations, danger and a host of other meanings. Odours and scents are also strong, yet sometimes subtle triggers of attraction and repulsion, which convey a lot of information. But what happens when we try to pair them? What is the colour of a scent? How do our memories, personal experiences and learned associations influence our choice? Or is there perhaps a colour ‘inherent’ to smells themselves, which we all perceive similarly? This mini-experiment invited the audience to explore the relationship between their sense of smell and their perception of colours. Having run this experiment a few times already in public settings, the team is now determined to conduct more rigorous and systematic investigations into the subject, because the indications so far are very interesting. 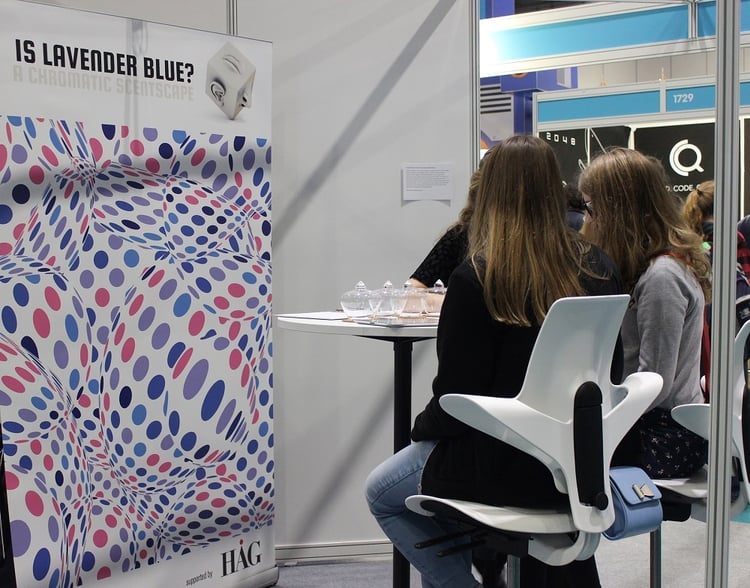 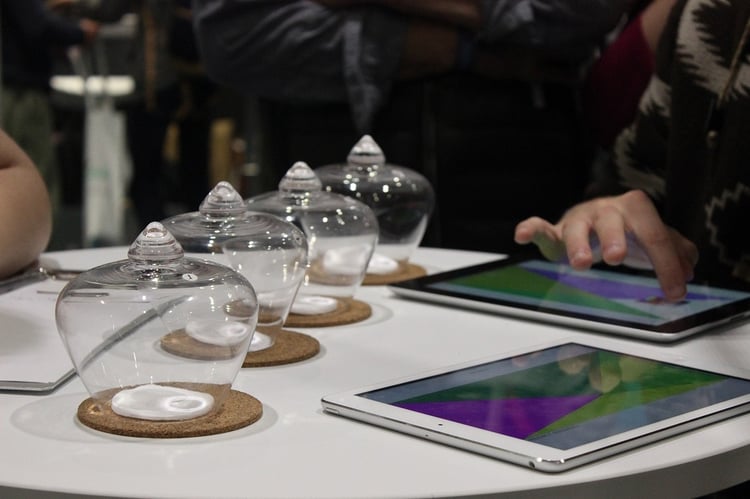 Another installation, called 'Self-Constructor', investigated the idea of 'having' or 'being' a coherent self. What does it mean to be a self? As our lives are dispersed into ever more digital representations of who we are, is it ever possible to construct a coherent self-image? Or should we accept instead that it is bound to remain fragmented forever? This out-of-body VR experience provided visitors an opportunity to ‘put all their pieces together’.

For this piece, the Hack the Senses team built a custom camera rig, which consisted of a stereoscopic unit and a third camera connected to a Raspberry Pi microcomputer. The 3D camera sent its image to an Oculus VR headset. Putting the headset on, a person could see themselves from the outside point of view of the camera. Sitting behind a tilted easel, the participant could see 8 custom built blocks, which each housed a microcomputer and an LCD screen. The screens on the blocks showed the same live video image that was visible in the VR headset. However, the picture was fragmented and distributed over the 8 blocks like a jigsaw puzzle, showing a live-image of the person wearing the VR headset. The task was to pick up the blocks and arrange them in a such way that the image was aligned correctly. In other words, it was a recursive puzzle where the participant was observing themselves from the third-person perspective as they were putting together a puzzle of themselves. 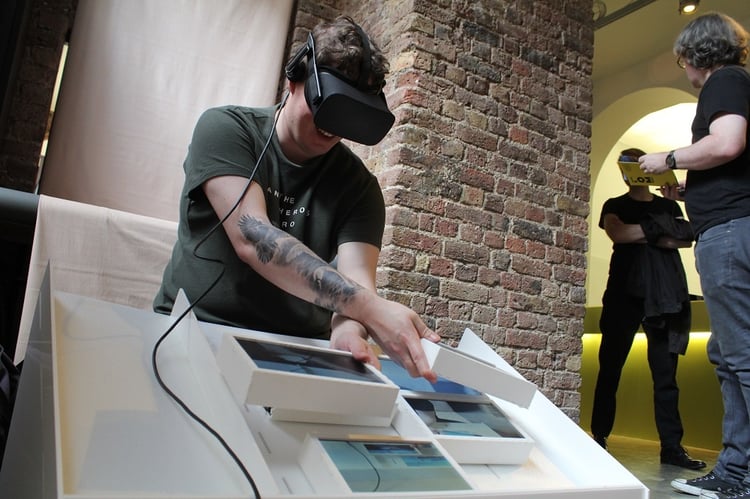 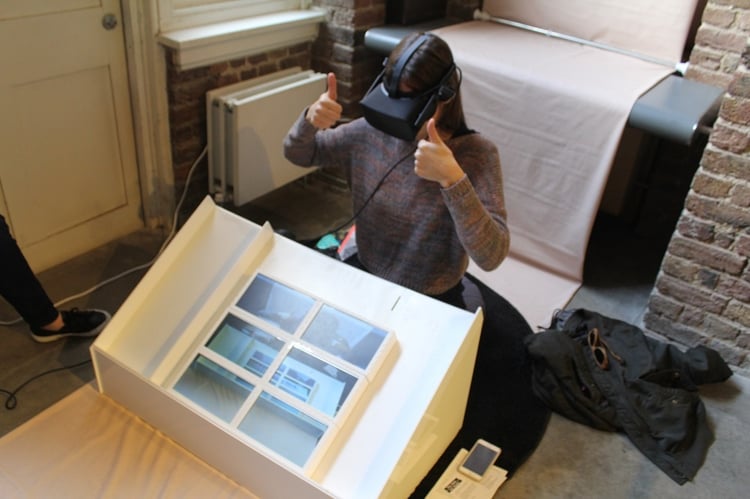 Finally, the third piece was called AAI for Aesthetic Artificial Intelligence. The creation and appreciation of art is arguably one of the most human traits. Various computer programs can already generate outputs that may be interpreted as works of art, questioning the meaning and role of creativity. However, is the enjoyment of art something that a computer could also acquire? This piece is a work in progress. It seeks to teach an AI how humans look at and respond to works of visual art. The viewer’s eye movements and brain activity are being recorded as they are looking at paintings. These are interpreted as the subjective effects that the pieces are having on the viewer. Drawing on the biometric signals, visual effects will be applied systematically to the images, resulting in unique (or perhaps uniform) versions of the originals. This data is used to train the AI to develop a model of human art appreciation. This installation was supported by Starlab Barcelona SLU, data analysis service provider, and Neuroelectrics, neurotechnology device provider. 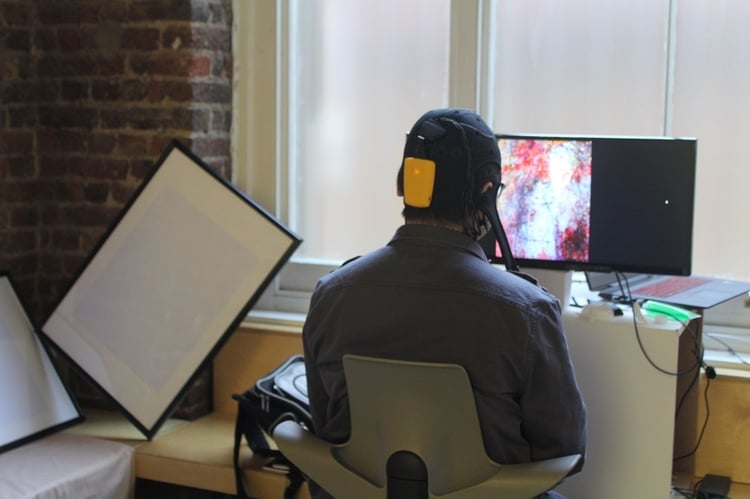 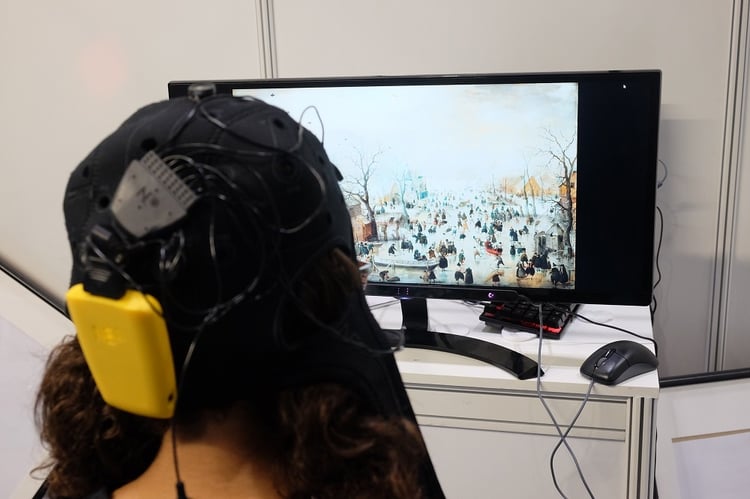 Next up for the team will be the Affordable Art Fair in March 2018. 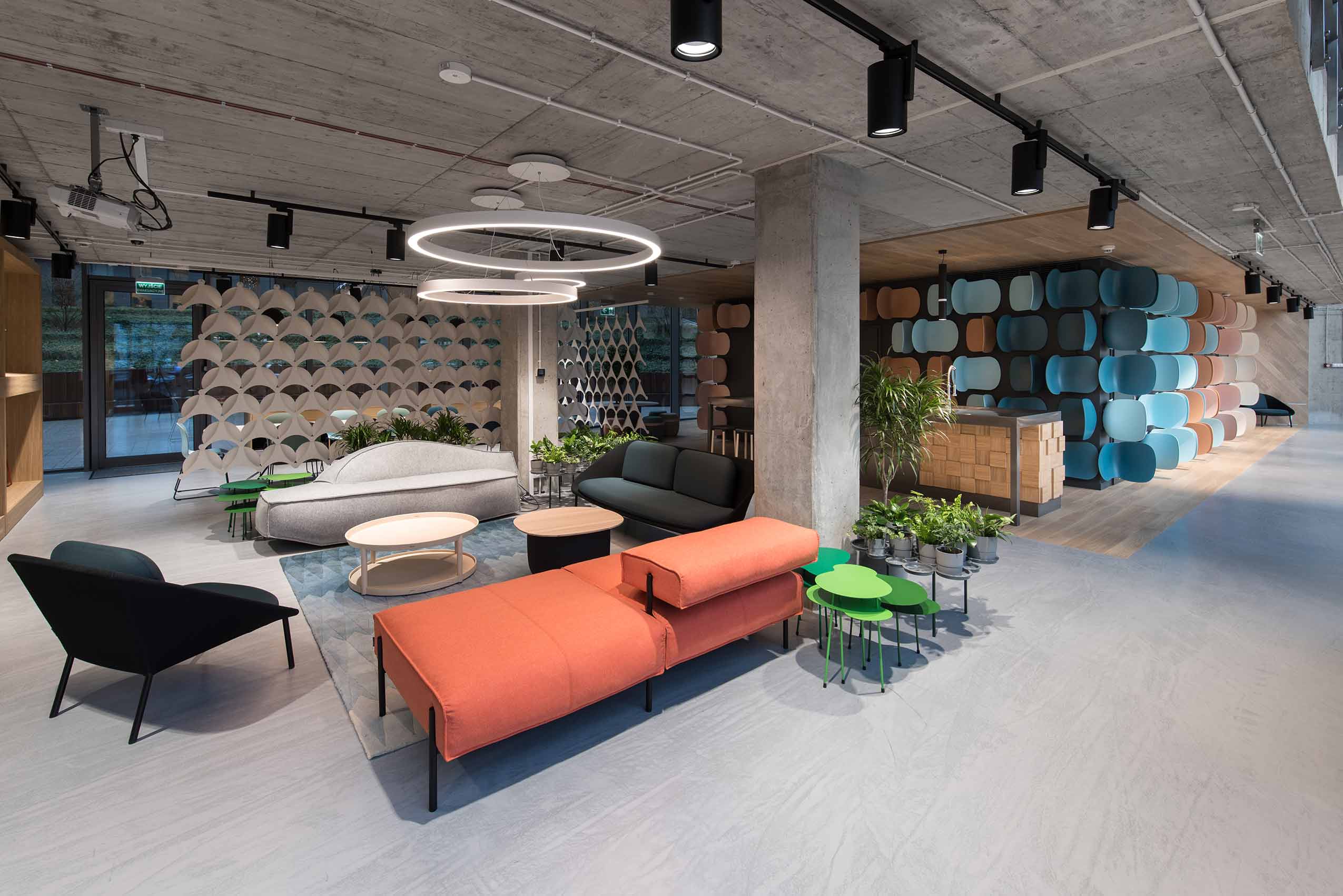